EMEA LEGAL COUNSELS is a modern, full-service law firm that provides legal services to businesses and individuals at a national and international level. Its clientele, from stock listed to small and medium-sized companies, is active across a range of markets and economic and business sectors throughout Europe and the Middle East.

Our clients vary from large, midsize and small industrial multinationals and financial institutions to individuals seeking legal advice on business and personal matters. Since its founding, EMEA LEGAL COUNSELS has been characterised as firmly committed to assisting businesses to develop their activities and defend their legal interest.

Effective development and growth are of the foremost importance to EMEA LEGAL COUNSELS while always respecting values of ethics and morality. This is why the firm makes strong selections when it comes to new partners and advisors, both nationals and internationals.

The always dynamic and professional nature of EMEA LEGAL COUNSELS results in its clients not wasting time and energy observing the legal processes at the expense of developing their own business. This results in making much-needed space for our clients to be free to grow in their sectors and specialities by trusting us to handle the legal aspects and defend its challenges.

As a full-fledged legal powerhouse, we focus strongly on the needs of our clients and their respective businesses. Our client base requires a rapid response, appropriate advice and innovative legal solutions based on a complete understanding of their business needs. The practice is built on its reputation of exceptional service delivery, coupled with appropriate and outstanding skills and expertise.

Our group is geared toward efficiency and accessibility through the services we offer and how we interact with our clients. We have a keen understanding of global economic and market trends, and combined with our commitment to excellence; we have the ability to cut straight to the chase in any matter. 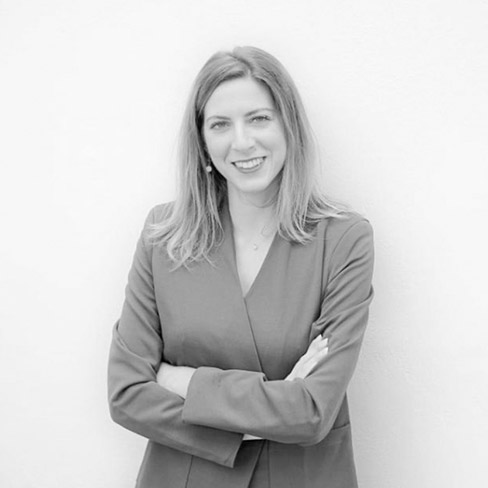 Lena is Partner at EMEA LEGAL COUNSELS – in Athens, Greece. She has business and commercial law expertise while focusing her practice mainly on Banking & Finance, Real Estate and Corporate Law.

Having a good knowledge of 9 languages and a solid legal background, Lena has worked with many foreign clients, advising mainly on fields of business set up in Greece, spanning from mounting corporate entities to obtaining residence permits and other investment and entrepreneurship-related authorisations and licenses.

Lena is also a litigation attorney, mainly handling civil and commercial law cases and a member of the Athens Bar Association.

She holds an LL.B in Laws from the National and Kapodistrian University of Athens and an M.Sc. in Law & Economics from the University of Piraeus. In parallel with her legal studies, she was granted a scholarship by Stavros Niarchos Foundation (SNF) to study Finance at the American College of Greece and therefore holds a Minor in Finance as well. She has also completed several European Business Law, International Investment Law and International Tax Law courses at Lund University, Sweden and Universiteit Leiden, Netherlands. 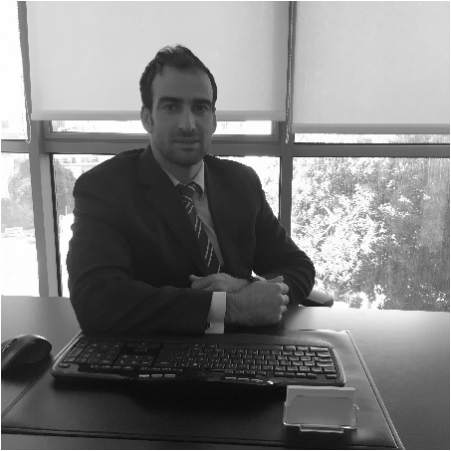 He advises on several matters related to civil and commercial legal compliance and effectively assists clients in extra-judicial dispute resolution.

Rayan holds an LL.B in laws as well as a master’s degree in Banking Law from the Sagesse University in Beirut. He is a member of the Beirut Bar association and speaks Arabic, English and French. 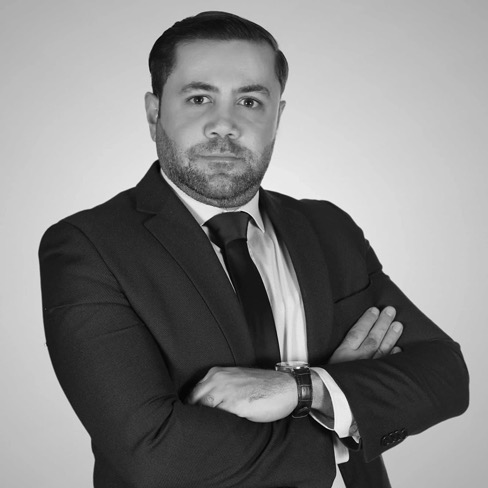 Noureddine Noureddine is a senior associate at EMEA LEGAL COUNSELS. He is specialised in litigation, corporate law and criminal law. He worked on major contracts in the UAE and has established companies within the mainland and free zones. He advises on several matters related to civil and commercial legal compliance and effectively assists clients in extra-judicial dispute resolution. He has extensive expertise in construction, Real Estate and Property Law. His experience includes drafting and reviewing property purchase agreements, transfer deeds, mortgage contracts and leasing. He is very well acquainted with undertaking and overseeing property transfers and renting procedures.

Holding an LLB in Laws, a BA in Administrative & Political Sciences from Saint-Joseph University, and a Master’s Degree in International Business Law and Legal Studies from Paris Sorbonne University Abu Dhabi, defending a final thesis in Corporate Governance. He is a member of the Beirut Bar Association (BBA). 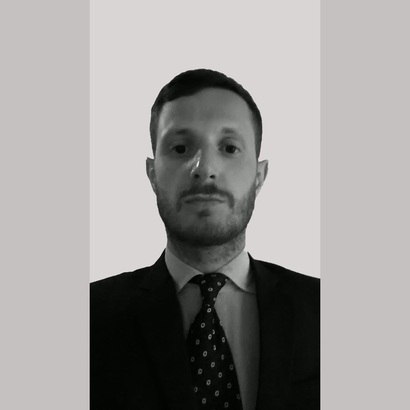 Andrea Facella is Partner and head of EMEA LEGAL COUNSELS – Studio Facella in Brescia, Italy. He focuses his practice on litigation with a speciality in civil and criminal law and has also condensed expertise in commercial law and bankruptcy proceedings.

He holds an LL.B of laws as well as a master’s degree in law (Laurea Magistrale in Giurisprudenza) from the University of Bologna (Italy), defending a final thesis on Head of State’s immunity in international criminal law. Andrea also studied at the Faculty of Law of the New University of Lisbon (Portugal), primarily specialising in international public law.

Andrea is a member of the Italian Bar Association in Brescia (Ordine degli Avvocati di Brescia) and speaks English, Italian and Portuguese. 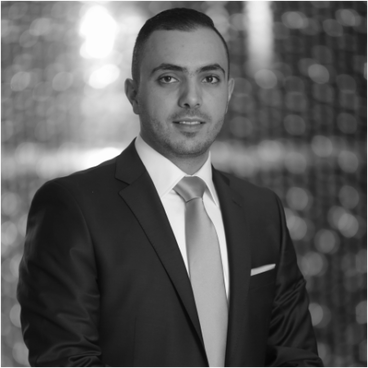 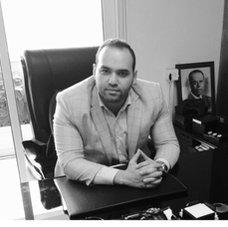 Youssef Alameh is a public notary of Beirut, and he is Of-Counsel to EMEA Legal Counsels. Youssef speaks Arabic, English and French. 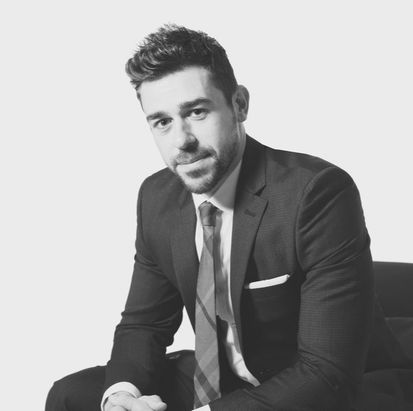 Varnavas is the head of EMEA LEGAL COUNSELS – Varnavas Playbell & Co. LLC in Limassol, Cyprus. He focuses his practice on M&A and Corporate, Commercial, Banking & Finance and Financial Services. In his early years, his career started by undertaking training with Andreas Neocleous & Co LLC, where he continued as an Associate providing legal services and assistance to international clientele, either directly or in partnership with major international law firms, predominantly concerning high-profile, cross-border, corporate transactions. He then joined KPK Legal as a Senior Associate and became a Partner soon after that heading the corporate department.

Varnavas holds an LL.B in laws from the University of Manchester in the United Kingdom. Amongst the top of his class, he was listed on a scholarship program from the Fulbright Commission to obtain a Master in Law from the University of Chicago in the United States of America, whereby he acquired in-depth knowledge of corporate and commercial areas of laws and a solid understanding of the principles of law and economics. He recently obtained a Master of Business Administration (MBA) at IE Business School in Madrid with a scholarship from the said institution.

Varnavas is a member of the New York Bar Association and the Cyprus Bar Association. He is the author of several published articles and speaks English and Greek. 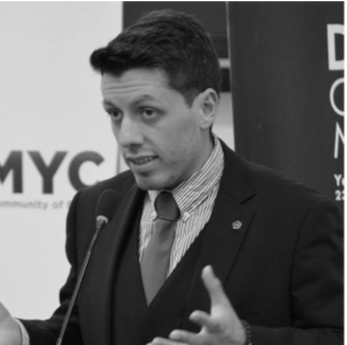 He holds an LL.B in laws from the Democritus University of Thrace in Greece, an LL.M in European Law with Distinction from the University of Surrey in England, and an MSc in Business for Lawyers from Alba Graduate School at the American College of Greece.

Demetre is a member of the Athens Bar Association and speaks English and Greek. 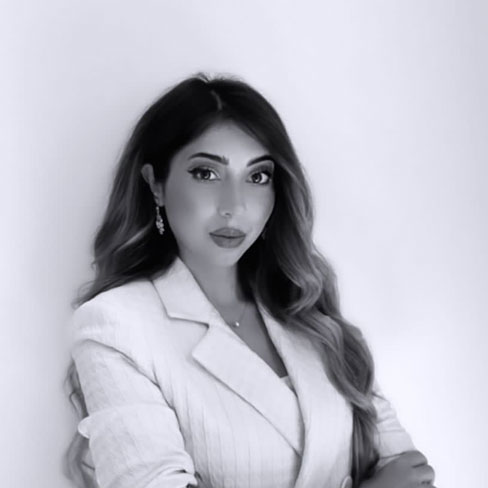 Dalia Al Tamimi is a Partner and Head of the Corporate Structuring practice in the United Arab Emirates. She advises primarily on Corporate Structuring matters and related UAE and International Corporate Commercial law. She also suggests all aspects of immigration consultancy and relocation services and has over 12 years of experience.

Dalia advises local and International clients and is highly experienced in the transactional analysis of mergers and foreign investment regulations, compliance with commercial and corporate laws and regulations, due diligence analysis and research for investments, and business structures for international companies in all manner of industries, including Finance, Oil & Gas, Construction, Engineering, Trading and Management Consultancy Projects through the mediums of partnership, limited liability companies, and public and private shareholding companies. She has extensive knowledge of tax implications and negotiations related to commercial agencies, assisting in various types of contracting agreements between public and private entities.

She speaks English and Arabic fluently. 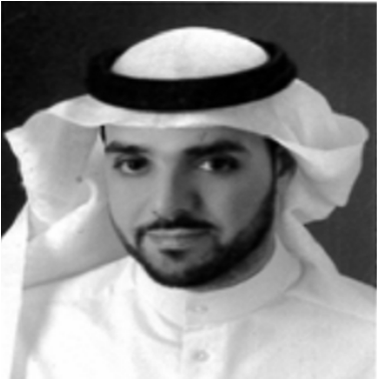 Mohamed Abdullatif Hayat is partner and head of EMEA LEGAL COUNSELS – Hayat Legal Group in Kuwait. His practice is focused on litigation, administrative law, commercial law and the establishment and incorporation of companies in Kuwait. Mohamed has comprehensive experience in the local Kuwaiti market and regularly assists multinational entities in setting up new businesses in Kuwait. He advised and secured the set-up of a wide range of international companies in the construction business in Kuwait, including inter alia the acquisition of required permits to do business in the country.

Mohamed also has extensive expertise in commercial and construction litigation. His expertise in administrative law derives from his experience working for the Kuwaiti government serving in the police force as a Lieutenant in the General Directorate of Criminal Investigations and then in the Interpol for two years.

Mohamed holds an LLB in laws from Kuwait University. He is member of the Kuwaiti Lawyers Association and speaks Arabic and English.​ 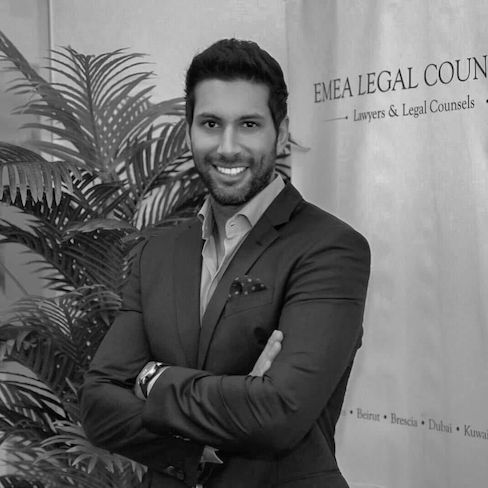 Alaa works with regional and international clients, particularly in Europe and the Middle East region. He worked on major projects in Lebanon, Amman, Kuwait, UAE, Kazakhstan, Russia, France and Greece.

An overview of his portfolio includes advising the NASCO Insurance Group under different International jurisdictions.

Alaa Zeineddine successfully handled cases for the group in Beirut, Amman, Abu Dhabi, Dubai, Georgia, Latvia, and Moscow during the years 2016 and 2017. Advising Sharjah Insurance Company on an AED 37 Million case settlement in 2018, he also represented contractors with an 8.4 million Euros case dispute resolution on governmental construction projects in Equatorial Guinea in 2016.

Alaa also worked with Consolidated Contractors Company (CCC) and Arabtec in 2015, advising on legal matters regarding the Abu Dhabi Plaza project in Astana, Kazakhstan and worked closely with Honeywell in the UAE on the new CCB & HMI upgrade project for the Abu Dhabi Gas Liquefaction Company in 2014. He advised on several projects and legal matters in Kuwait, including substation divisions and the Clean Fuel Project in 2015 and 2016.

Holding an LL.B in Laws and a B.A. in Administrative & Political Sciences from the Saint-Joseph University, an LL.M in Litigation, Arbitration and Alternative Dispute Resolution from the Filière Francophone de Droit and Paris II Assas, as well as a certificate in International Contract Law from the International Chamber of Commerce (ICC) in Paris. He has also completed several courses in Paris, Abu Dhabi and Beirut in arbitration and alternative dispute resolution, international contracts, ethics & anti-corruption compliance programs, contract drafting & advanced negotiation, and he regularly contributes to local and international legal conferences.

He was the author of several published articles and contributed as a speaker and lecturer at regional and international conferences. He was hosted as a visiting lecturer at the, I.E. University in Madrid in 2016 and the Lebanese American University (LAU) in Beirut. He speaks Arabic, English, French, Spanish and Italian.